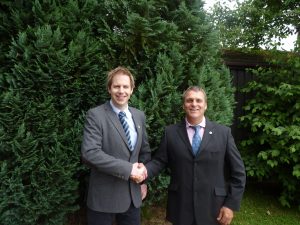 Graeme Prentice (left) is congratulated on becoming the 6th President of the British Potato Trade Association by Russ Kelsey who becomes the BPTA’s immediate Past President. The handshake took place at Ibbotsons, Tadcaster where the Association held its 10th AGM on 6th July 2016. 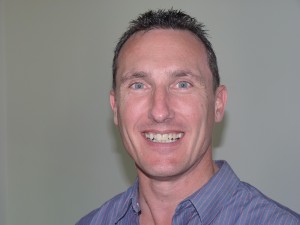 and Jonathon Rooke was installed as Deputy Vice-President.