The 8th Annual General meeting of the Association took place on 1st July 2014 at Boston West Golf Club, Hubbert’s Bridge, Boston, Lincolnshire. There were 16 attendees representing 15 member companies and therefore the required quorum of 14 was achieved.The meeting heard Andrew Skea deliver his second and final Report of Council – a copy of which can be found in the ‘members-only’ area of the website. A motion to adopt the Association’s Accounts for the year to 31st March 2014 was proposed by Gerard Croft, seconded by Colin Herron and approved by the meeting. Andrew Skea also proposed that Henderson Loggie should be appointed as the Association’s accountants for the year to 31st March 2015. This motion was seconded by Tony Barnes and approved by the meeting. Andrew Skea introduced the Association’s Budget for 2014-2015 and explained a proposal to introduce a new lower bandwidth of 0-500 tonnes of seed potatoes for the calculation of membership subscriptions provided that the qualifying member did not trade more than 2,000 tonnes of ware potatoes. A 3% increase in BPTA membership subscriptions across the board was also proposed to match inflation and to create a reserve equivalent to one year’s trading.The motion was proposed by Tony Barnes, seconded by Paul Wood and carried by the meeting.The 5 Council members who were required to retire all offered themselves for re-election and there was one new nomination received from the membership. As there was also a resignation all 6 nominations were accepted without the need for an election. John Addams-Williams, Nigel Allam, Tony Barnes, Gerard Croft and Paul Wood will remain on Council and will be joined by Jonathon Rooke of HZPC UK Ltd who will fill the vacancy created by Philip Burgess’ resignation following his appointment with the Potato Council. Lastly, Andrew Skea installed  Russ Kelsey as the 5th President of the Association. Graeme Prentice  becomes Vice President and Paul Wood the Deputy Vice President. Russ thanked Andrew for his Presidency and closed the meeting by inviting Caroline Evans, Head of Marketing and Corporate Affairs at the Potato Council to speak to the meeting. A formal minute of the AGM will be sent to members shortly. 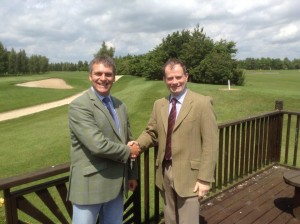 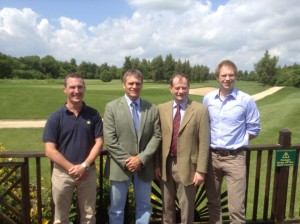 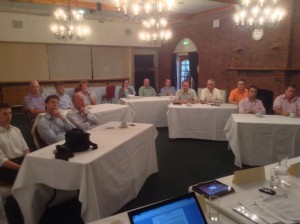